Bob Wright was born in 1936 in Minerva, Ohio. He graduated from high
school in 1954 after which he enlisted in the United States Marine Corps
and served three years.

In 1955, Bob married Beverly Grimes from Canton, Ohio. They both became
Christians at Moreland Christian Church and started their family in
Canton.

Dan is married to DarNelle Moore and lives in Oceanside, CA. They have
two children, Allison and Adam.

Debbie is married to John Dunaway and lives Colorado Springs, Colorado. They have three children, Rosa, Hannah and Lydia. John and Debbie worked with the home
here in Mexico from 1984 to 1986.

Martha is married to Fernando Palacios and lives in Tyler, Texas. They have three children, Roberto, Meliny and Viveana.

While living in Canton, Bob served as a deacon and bible school teacher
at Moreland. In 1966, Bob entered Kentucky Christian College at Grayson,
KY to study for full time Christian service. Beverly served in the choir
and Women's Council at Moreland.

While at KCC, Bob and Bev ministered to the Blevens Valley Church of
Christ and the Moores Ferry Church of Christ. They also served as youth
directors at the Olive Hill Christian Church.

After completing his junior year at KCC in 1969, Bob and Bev and their
family traveled to Mexico to visit with several missions there. They
returned in the fall so Bob could finish his last year of school. During
this time Bob resigned his ministries and spent every weekend speaking to
churches about their plans to return to Mexico and start MEXICO CHRISTIAN
CHILDREN'S HOME.

In May 1970, Bob received his Bachelor of Arts degree. His name was also
listed in the 1969-70 edition of "Who's Who Among Students in American
Universities and Colleges." In 1983 Kentucky Christian College elected
him to honorary membership in the Delta Epsilon Chi Honor Society. In
1987, Kentucky Christian College presented Bob with the Distinguished
Alumnus Award in recognition of outstanding achievement in Missions. He
had served three times as President of the Mexico Missionary Reunion. He
had also served on the Board of Directors of the National Bible Institute
in Queretero, Mexico.

In August of 1970, the Wright's left their home in Kentucky, where they
had lived for the past four years, and headed by faith to their new home
in Mexico.

In May of 1991, Douglas, the youngest son of the Wright's, graduated from
high school in Queretaro, Mexico and joined the work of the Home
full-time. Douglas was born in Queretaro and attended all his schooling
in Mexico.

Douglas and Monica are now a very active part of the Home, sharing the
work load with Bob and Bev.

The Wright's had already chosen the city of Queretaro from their visit to
Mexico in 1969. Queretaro now has a population of 1 million. It is
located 800 miles south of the border of Texas and 140 miles north of
Mexico City. The city is at elevation of 5,600 feet above sea level.
See map for location

Arriving in Queretaro in August of 1970, the Wright's set out looking for
a house to rent that would be large enough to start a children's home. In
September a four bedroom house was rented. Now the task of getting
adjusted to the new home and a new language began.

For the next three months Bob spent every day looking for homeless children. God led Bob to a wonderful Christian man who spoke English.
Jorge Escoto had been praying to God for someone to come to Queretaro to
help with the many homeless children. Jorge told God that if someone
would come he would help them all he could, and help he did.

Jorge operated a watch repair shop and one day each week he would close
his shop and he and Bob would walk the poor areas of the city looking for
abandoned and homeless children. By February of 1971, just 6 months
after the Wright's arrived in Mexico, Bob and Jorge had found 11
children. It was evident that the house the Wright's had rented with four
bedrooms was just too small. The house next door to them was for rent, so
they decided to rent it along with their present house. This gave them
three more bedrooms and also a place for the church to meet every
Sunday.

In March of 1971, 112 acres of land were offered to them for $6,000.00. A
down payment was made, and in November of 1971 the last payment was made
on the land. With the land now paid for, plans were made to start
construction of a permanent Home.

On November 3, 1971, ground breaking
services were held on the new land.

Soon after the ground breaking, the construction was started on the first
house. The work continued for the next 9 months. On August 18, 1972, just
two years after the Wright's and Peggy Russell arrived in Mexico, they
decided to move into the unfinished house. There were no floors in the
house or doors. Also they had no water well. Water had to be brought from
town by truck each week.

There were 20 members of the family now, and the
new house only had one bathroom finished. But by moving in now rent would
not have to be paid. It would be several years before the house would be
completely finished, but everyone was happy to be out of town and in
their own Home.

While still renting in the city of Queretaro, a printing ministry was
stated by Bob to help two other missionaries, Norman Dugan and Clinton
Looney, start a Bible correspondence course.

In the beginning all Bob intended on printing was the Bible courses, but
as time went on more and more requests came in for other types of
printing such as tracts. More equipment was added as the years went by,
until now the print shop had three offset presses, a perfect book binder,
a large 20 x 22 paper folder and a paper cutter. The shop was able to meet
all the needs of printing for missionaries and churches here in Mexico.

Due to the work that was needed to run the Home and no other help. In 2001, Bob decided to close the print shop.

OTHER BUILDINGS BUILT
In 1972, a second house was started on a pay as you go basis. It was
seven years before this house was finished as a home. It was used as a
barn for several years.

In 1974, a Christian camp was built on the ranch property. The first camp
was held in August with 80 campers from the area churches.

In 1974, a 50,000 gallon water storage tank was built to hold water for
the Home and also serve as a swimming pool during camp. This water tank
has been used for nearly all the baptisms in Queretaro.

In 1974, a barn was build to house the animals that the home was starting
to raise. Also, a tractor was bought this year which allowed them to
start planting on the 112 acres.

In 1976, a Chapel building was added to the Camp property.

In 1977, a third house was started to be the home for more children. This
building is now being used to house the print shop. It was built on top
of a 400 year old Spanish coral.

In 1978, a large garage was built that is now a garage and shop for
repairing all the vehicles on the ranch.

In 1979, a two bedroom addition was added to the first house.

In 1980, a new and deeper water well was drilled to provide water for the
Home and for irrigation of the crops.

In 1995, a third house was started that will be the home for Douglas and
Monica.

In 1999, a small one room house was finished to provide a home for
Jovita. She is an 87 year old lady whom the Wright's have been taking
care of.

It is very difficult in this short space to write a complete history of
Mexico Christian Children's Home. One has to have followed the work over
the years or have visited the Home to really be able to see all the work
that is being done in order to provide a Home the many homeless and
abandoned children in Mexico.

Hundreds of children have been helped by MCCH. Sometimes the hardest work
is not the construction of the buildings but the love and care that is
given the children who live in the Home.

Your help is needed if Mexico Christian Children's Home is to continue to
provide a Home for these children. Everyone can help by praying
continually for the Home. Some can help by sending financial help. Some
can help by coming down for a week or more to work. Whatever you can do,
we only ask that you do it in the name of our Lord and Savior Jesus
Christ. 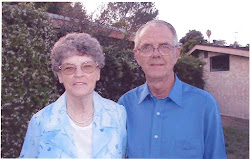 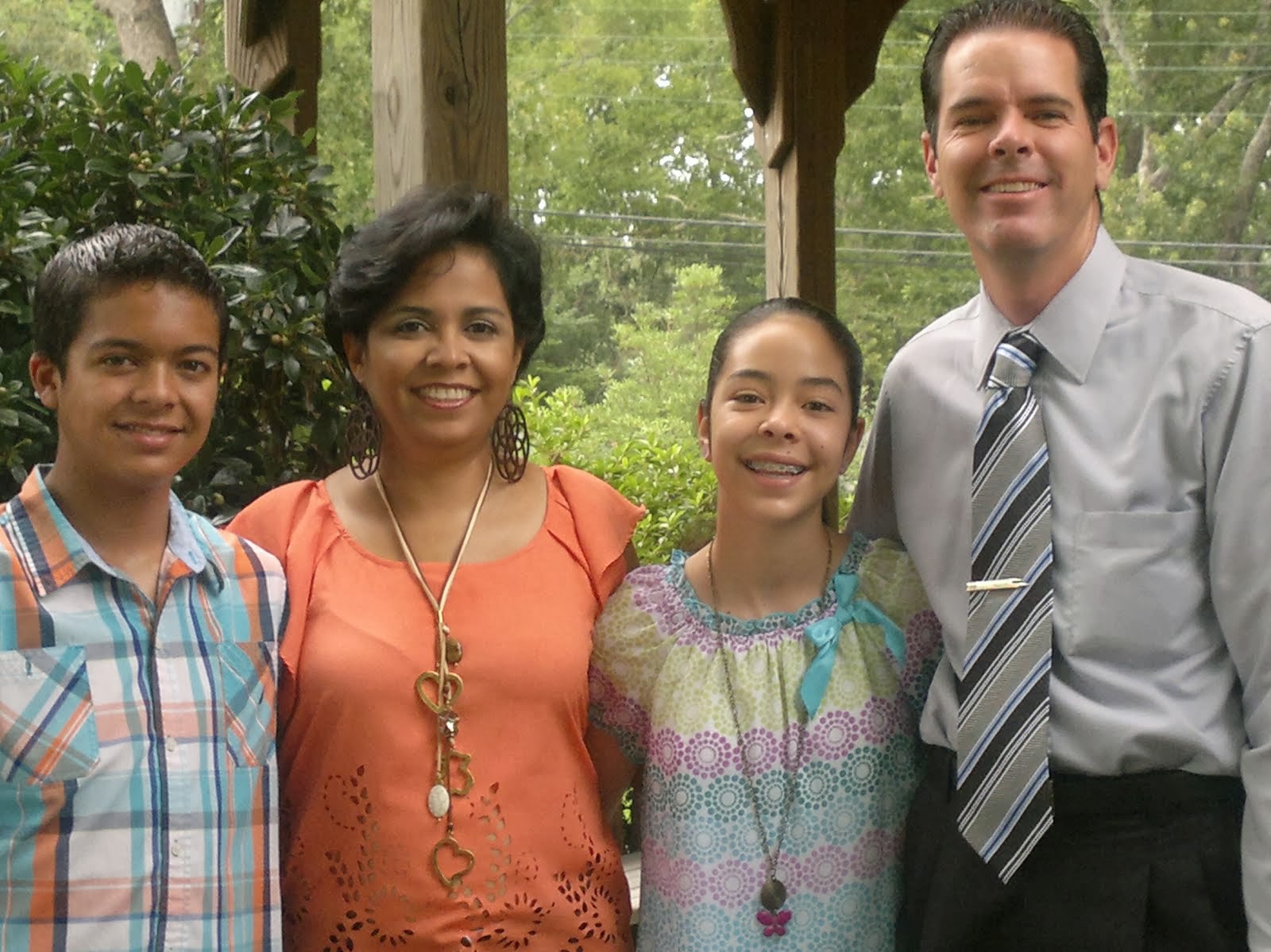 Past Newsletters and Photos